Carnomaly is bridging the gap between the automotive and cryptocurrency worlds by creating a new type of automotive platform – one that benefits both consumers and dealers. Carnomaly sees a need to correct issues plaguing the online automotive industry.

The Carnomaly ecosystem will bring innovative solutions to the automotive and digital world. Carnomaly, CarrChain, and CarrDefi will work together with blockchain technology to bring this ecosystem to life. Together, these services will change the way we buy, sell, shop for, and finance vehicles. 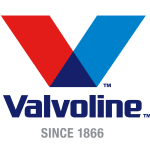 In July of 2020, eRacr conducted the largest independent iRacing event in history – The Firecracker 400. 344 competitors competed over three weeks for a prize pool of $12,500 in front of a live audience of over 300,000 viewers.

Our next event is taking lessons learned from the Firecracker to increase the size and speed. We are calling it the Carnomaly 500. With 900HP stock cars unrestricted at iRacing’s virtual Daytona International Speedway, drivers will race at speeds over 230 MPH, making this the fastest Daytona stock car event ever!

The event structure will allow nearly 500 competitors a chance at a $15,000 prize pool through a tournament-based design spread over five nights of racing from February 17th to March 3rd. Every competitor will race on a live broadcast as each portion will be professionally broadcasted across live-streaming platforms.

The entire event broadcast will feature eRacr’s ground-breaking new interactive technology giving the viewers an unprecedented involvement in the event.

How many racers will compete?

Competitors will be required to pay an entry fee to enter the event. We are expecting  380+ entries attempting to qualify for the event. The first stage of the event will be a series of qualifying and heat races (February 17-18) that will narrow the field down to 88 competitors.

The top 88 will then attempt to qualify through single-car qualifying and two battle 150s, similar to NASCAR’s format for Daytona 500 qualifying (February 24-25). The top 43 will race in the Carnomaly 500 (March 3).

Top 2 times from Qualifying LOCK IN to the Carnomaly 500. The Pole Sitter has an opportunity to earn an additional $15,ooo with the Whitz RC Racing Products $15k Last to First Challenge.

3rd-88th from Valvoline Pole Day will race to advance to the Carnomaly 500, the top 20 drivers from each 43 car field will advance. The bottom 46 drivers will be eliminated from the event.