“The best 5 minutes in motorsports”

Good morning! It’s apparently National Hot Tea Day (ugh, the holiday thing is so played out) but we bring this up because it’s fitting for today. As much of what you will read is about either an American racing legend fighting against an establishment much like the British Aristocracy or an American racing legend launching a new brand aimed at the feelings a 1950s Jaguar stirs up about the good old days in motor car racing. So have a spot of tea and enjoy the day!

As always, at the bottom, we’d appreciate your feedback in our poll.

In an expansive and very open interview, prospective Formula One team owner Michael Andretti spoke with Forbes about the pushback he’s received from current F1 team owners regarding his General Motors-backed team’s acceptance into the championship.

Andretti claims that the opposition is driven by greed and fear of losing a portion of prize money and American sponsors. There have been accusations that GM is simply “rebadging” an engine and that there is no way his team could be ready for 2025.

In this interview, he responded to all of those claims, but most interestingly, it’s the sour taste this is leaving in American race fans that may be his best card. To embolden American racing fans even more, he also revealed plans to pursue a NASCAR Cup Series team in the future. Michael Andretti means business.

“It’s all about money, first, they think they are going to get diluted one-tenth of their prize money, but they also get very greedy thinking we will take all the American sponsors as well. It’s all about greed and looking at themselves and not looking at what is best for the overall growth of the series.”

In an op-ed for Racer – Respected F1 journalist has some advice for Michael Andretti. He says despite the Andretti team ticking all the major boxes for an F1 team entry and having the support of the FIA, F1 as a sport has not been as enthusiastic and teams have not made any public statements in support.

He suggests that Andretti’s public approach and accusations of greed against the existing teams may backfire and potentially harm the team’s chances of entry. And that the sport is looking deeper into the GM aspect of the project and that there might be more compelling and significant commitments from other manufacturers such as Porsche that may have more chance of being accepted.

NASCAR legends Richard Petty and Jimmie Johnson have revealed that they are renaming their team Petty GMS Motorsports as LEGACY Motor Club. This new name serves as an honor to their past achievements as drivers and a symbol of their aspirations for success in the future.

According to Petty “The “Motor Club” is a perfect fit because we want our fans to pull for the whole team. When I see the No. 42 & 43 cars, no matter who the driver was, is currently, or could be in the future, I want our fans to remember the Petty history that comes with them, and that history will continue to be made with Legacy M.C.”.

Johnson, who joined the team as co-owner in 2022, will be participating in a limited schedule as a driver. He will be piloting the No. 84 Chevrolet Camaro, which was selected as it is the inversion of the iconic No. 48 that he made famous while driving for Hendrick Motorsports. The number also symbolizes his aim for 84 career victories in the NASCAR Cup Series. He currently has 83 wins under his belt.

“We felt it was important to have a name that honors the past and recognizes the future. The term “motor club” is a nod to car clubs of the past. Legacy MC will be an inclusive club for the car racing enthusiasts. I am delighted to be part of a history so rich in tradition and look forward to creating a new legacy in this sport outside of racing.”

From Malcolm to Mustang 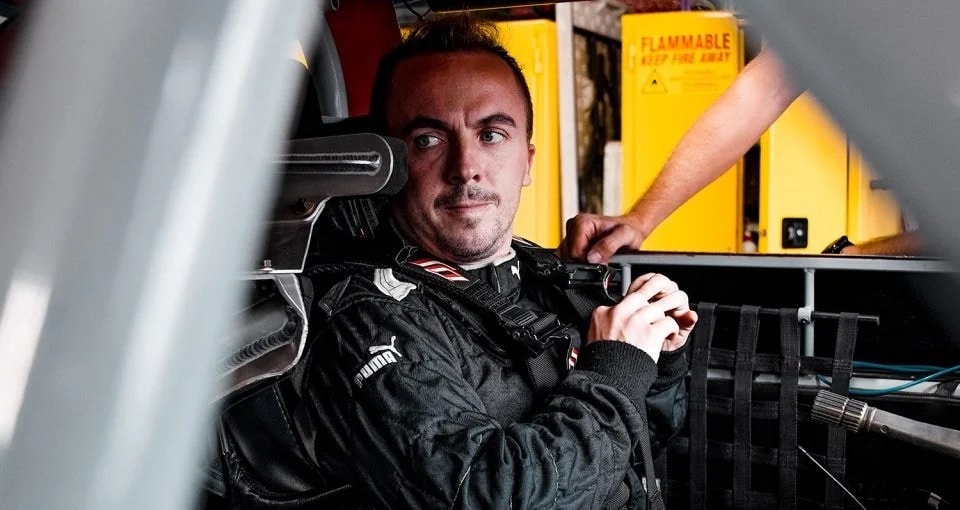 Actor and professional motorsports athlete Frankie Muniz has announced that he will be racing the No. 30 Ford Mustang for Rette Jones Racing and competing for the ARCA Menards Series championship at Daytona International Speedway on February 18, 2023. He said that it was a dream of his to pursue racing in NASCAR since childhood and that he was excited to join Rette Jones Racing for the full schedule this year, and work with a team that aligned with his long-term objectives and vision.

The past two days has had no shortage of excitement as we blow past the halfway mark of the 2023 Dakar Rally. Here’s what you missed:

Money Lap will continue to update stories and results throughout the event, but if you’d like to watch it in the USA:

Take a trip to far away motorsport lands

With the information below, which strategy do you think is the fastest?

ONBOARD OF THE DAY

Ride onboard Fernando Alonso’s Ferrari F2012 as he navigates through the first lap of the Brazilian Grand Prix!

TELL ALL YOUR FRIENDS

Please send this to friends who want 5 minutes of everything motorsports delivered directly to their inbox multiple times a week!